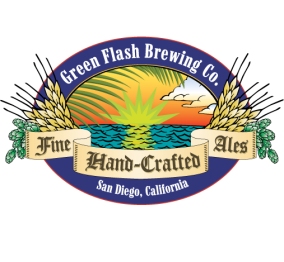 As I blogged about last year, Green Flash Brewing Co. is moving. At the end of the month they’ll shut down operations at their current facility in Vista and then start things up at their new brewery in Mira Mesa.

Sunday May 29th will be Green Flash’s last day brewing in Vista, they’ll celebrate with a Customer Appreciation Party from 12-4pm. Just a few days later on June 1st they’ll officially open the doors at the new facility at 6550 Mira Mesa Blvd. in San Diego. This will put Green Flash in good company not too far from AleSmith, Hess Brewing Co., and Ballast Point Scripps Ranch. The grand opening celebration will happen on Saturday July 23rd from 12-4pm.

The new location will have a 4000 square foot tasting room that will be open Wednesday through Sunday. Upon opening Green Flash will be brewing 45,000 barrels of beer per year at their new facility with the ability to grow to 100,000 barrels as needed.

Read below for the full press release from Green Flash.

San Diego, CA – May 2, 2011 – Green Flash Brewing Co. is proud to
announce the opening of its new 45,000sf brewery located at 6550 Mira Mesa
Blvd. in San Diego.  The official opening is June 1, 2011.  The facility
consists of a state of the art brewery, office space and a 4,000sf tasting
room.  The brew house was custom built by Paul Mueller Company of
Springfield Missouri and is a 50 barrel, eight vessel, fully automated brew
house that was engineered specifically for Green Flash’s selection of
ales.  The brewery will have start up capacity of 45,000 barrels per year
and the ability to grow to more than 100,000 barrels per year.

CEO Mike Hinkley on the brewery: “We are so proud of the new brewery.  It
took two years of planning, nine months of construction and absolute
dedication by the entire Green Flash team.  Chuck and all of our brewer’s
will bring the same passion and spirit to the craft, but will now have the
tools available to ensure great quality and consistency in every batch while
producing enough to satisfy the great demand for our ales.  The added
capacity will also allow us to expand into select new markets after we have
fulfilled the orders within our current distribution area.”

Green Flash Brewmaster, Chuck Silva, added, “I’m very excited to have
brand new, custom built, state of the art brewing equipment to brew on in
our new facility in San Diego.  While the new equipment will help improve
our quality, efficiency, and throughput it will also give us the ability to
expand the line up with new releases, and extend our seasonal and specialty
offerings in the bottle as well as on draft.  It really is a dream come true
to brew beer at this level and on this scale, allowing me to share my craft
with so many people.”

Green Flash will showcase its award-winning beers to the public in its new
4,000sf tasting room.  The tasting room will serve samples, as well as pints
and growlers, offering our full array of available beer styles, some of
which are only available at the tasting room.  Customers will also be able
to purchase kegs and cases to go.  In addition to the beer, the gift shop
will stock Green Flash merchandise, including t-shirts, glassware and other
gift items.  Brewery tours will be available on a regularly scheduled basis.
Tasting room hours: Wednesday through Friday, 3-9 pm and Saturday and
Sunday, 12 noon – 9pm.   To celebrate the opening of the new tasting room,
we will be having a Grand Opening Party on Saturday, July 23, 2011, from
12noon – 4p, on location.  We will have many beers on tap, fun activities,
and the San Diego Gastro Food Trucks will be on site offering food for
purchase.

The Green Flash tasting room in Vista will officially close its doors on May
29, 2011.  There will be a Farewell/Customer Appreciation Party from 12noon
– 4pm that day, with complimentary food and prizes.

Green Flash Brewing Co., located in San Diego, California, was founded in
2002 by Mike and Lisa Hinkley. Brewing operations are lead by Chuck Silva.
We are an award-winning brewer of fine, hand-crafted ales, and specialize in
brewing assertive and distinctive beers, such as our West Coast I.P.A.: an
award-winning beer whose wide acceptance has helped define a category.  We
brew nine styles of beer regularly, on draught and in bottles.  We also brew
seasonal and special offerings, including several barrel-aged beers,
throughout the year.  The tasting room is open to the public, Wednesday
through Friday from 3 – 9pm, and Saturday and Sunday from 12 noon- 9pm.
Please see our website: www.greenflashbrew.com for more information.