Over 100 different sour beers were available at Stone Brewing Co.’s Fifth Annual Sour Fest yesterday at Stone Brewing World Bistro and Gardens in Escondido. Among the 100 beers offered there was good variety of beers that were just barely sour to those that were so tart they made your mouth pucker.

Sour beers definitely aren’t for everybody, but you wouldn’t know that from how quickly Stone Sour Fest sold out this year (weeks in advance, no tickets were available at the door). Personally I love sour beers, but don’t have a lot of experience with them. Many can be pretty hard to come by and often rather expensive so there are a lot of well known and classics as well as obscure and limited release sours that I’ve never had before. Looking over the list I was excited to try plenty of new beers that I had either never heard of or just never had a chance to try before.

Cantillon, a Belgian brewery founded in 1900 is well known around the world among beer geeks for their sour beers, and they hardly ever make it to San Diego, so plenty of people were excited to sample their offerings. From what I’ve been told Cantillon Cuvee des Champions was the first beer at the fest to run out, one friend said it was gone by the time he got there at 10:10am, 10 minutes after the fest officially got under way. Another much sought after beer was The Bruery’s Sour Cherry Kriek, put on after The Wanderer ran out, word got around the through the crowd and a line quickly formed. I don’t know how long it took for the keg to kick but it didn’t take long, it was marked as empty soon after I got my sample.

A few of the standout beers I sampled are below.

See below for a few pictures from the day. 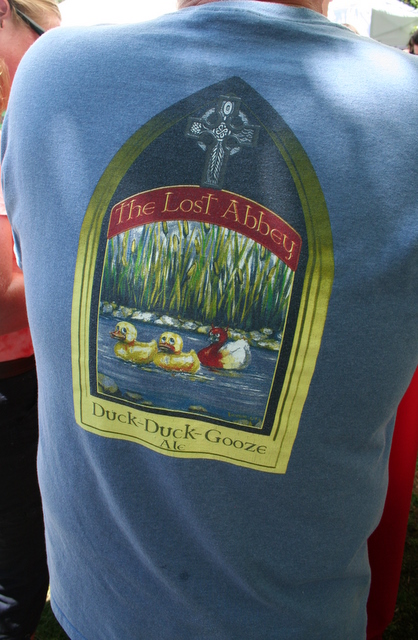 Sadly this was the only appearance of Duck-Duck Gooze 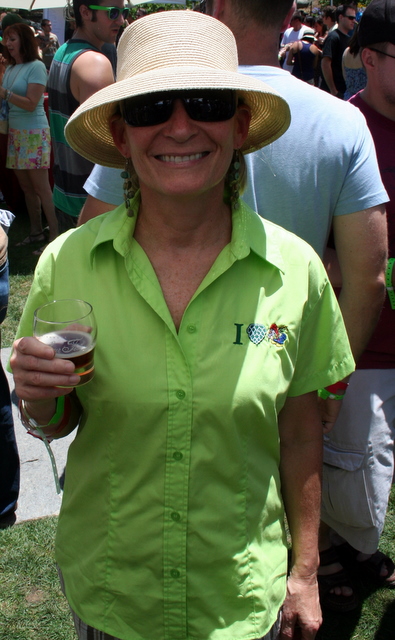 Damian and Ivan of Cerveceria Insurgente 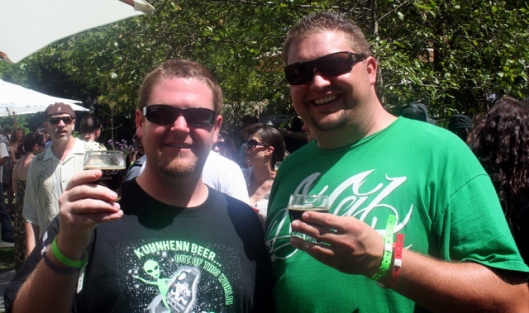 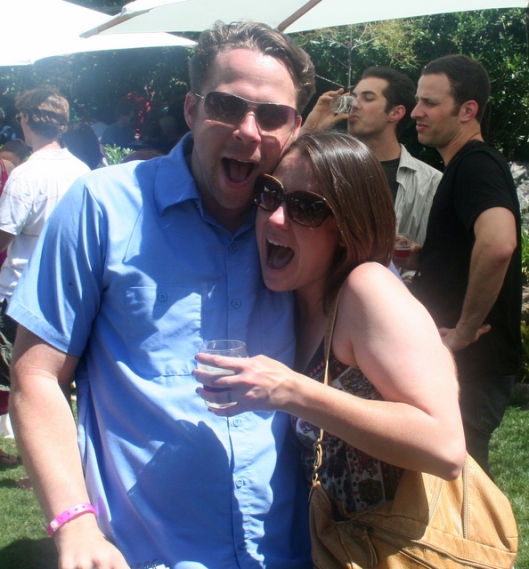 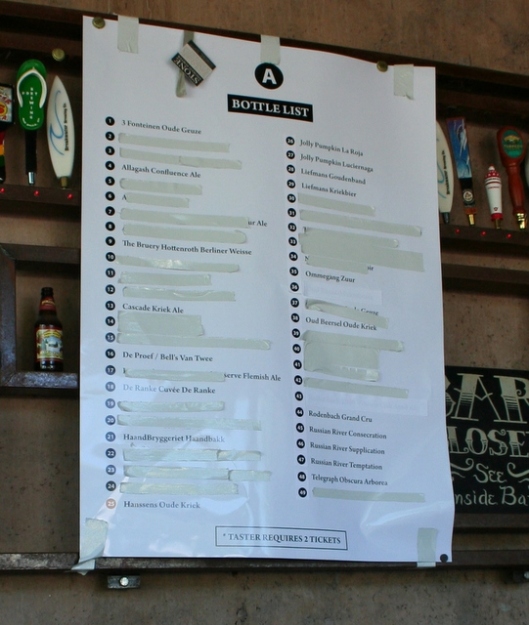 The Bottle List around 1:45pm. Many of the more desirable bottles ran out early.